In Peru, Hugo Brousset ’13 pursued his strong interest in social issues throughout his education and early career—from undergraduate studies in anthropology to a master’s degree in public policy to working with a government-linked national anti-poverty organization Four-year and Early Childhood Development Program. In his 20s, ready to take his career to the next level, he was determined to broaden his horizons and experience outside of his home country.

“I wanted to get this kind of international exposure,” he said. “The first step, in my opinion, is to create an MPA to have these kinds of international conversations on topics that interest me.”

Brousset was drawn to the Maxwell School for its courses focused on social policy and international development, as well as its top rankings, faculty scholars and strong alumni network. He completed his MPA in 2013.

“Maxwell gave me an opportunity to test myself and complement my background and training,” he said. “The program is also very focused on practical tools, for statistics or different programs that can help you analyze policy, which are also combined with more theoretical debates about governance. That definitely helped with the type of work I ended up doing.”

Since 2014, this work has been done in collaboration with the World Bank. Brousset initially worked at a World Bank consulting firm in Washington, D.C., before returning to Peru to work for five years as a social protection specialist for projects in Latin America and Rwanda.

In 2021, he reassigns to the bank’s Economic Inclusion Partnership, again focusing on social protection, but with a global scope. He now manages a number of national teams, many of which work in Africa and Asia.

Brusselt’s move to Washington has been delayed because of the pandemic — he’s initially working remotely from Lima because the World Bank’s offices remain closed. But since last summer, he has readjusted to life in Washington and resumed traveling for projects in Malawi and elsewhere. 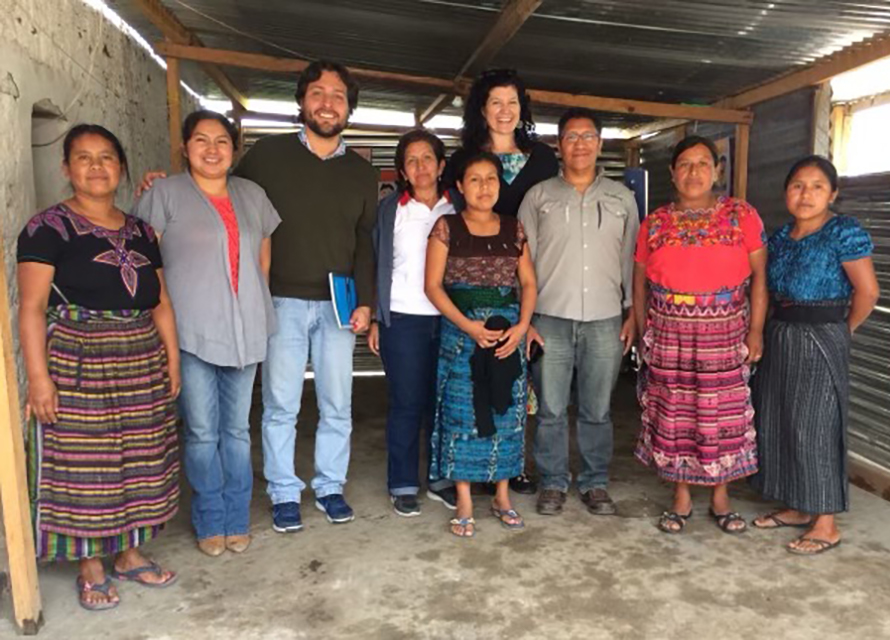 Hugo Brousset G’13 presented with project staff and social workers he worked with during his 2019 mission trip to Guatemala.

Brousset’s return to the US allowed him to reconnect with the extensive Maxwell network in Washington. On a recent trip to work at the World Bank, he happened upon Maxwell School President David M. Van Slyke, who invited him to a reception that evening at the Center for Strategic and International Studies – Maxwell College is located in Washington State. A few hours later, he was happily surrounded by nearly a hundred alumni.

A few months later, Brousset accepted another invitation: He returned to Syracuse to support Maxwell’s annual MPA Symposium for freshmen.

“Personally, it’s good because I haven’t been back to Syracuse in eight years, and it’s a chance to talk to a younger me as I’m about to start my MPA,” he said. “Now that I have experience working in a bank, I can share it with students who also want to work in international development.”