SCOTS has been issued a travel disruption warning as strong winds hit the country today.

metropolitan office A yellow warning has been issued for the West Coast due to possible wind gusts of up to 70 mph.

It comes after a wet and wild start to the weekend as heavy rain swept through Scotland.

Meteorologists issued a yellow warning Windy between 2am and 2pm today.

He said: “Gusts of 60-70 mph are likely across the Hebrides and western Highlands on Sunday morning, with southerly winds expected to strengthen overnight. 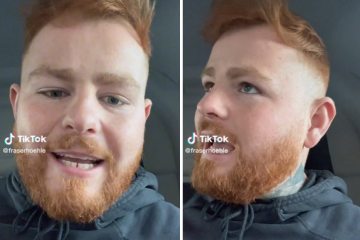 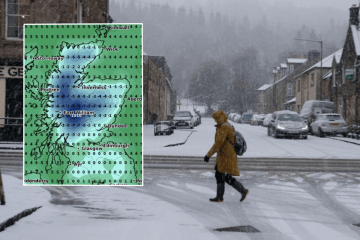 “Then the wind will die down in the early afternoon.”

Strong winds are expected to cause travel delays, with possible disruptions to flights and ferries.

Some coastal routes, waterfronts, and coastal communities may be affected by breakwater or high swells.

while saying there it may snow this month – but it will be limited to the highlands of northern England, most likely in the Scottish Highlands.

The meteorologist said: “The UK is most likely to see westerly conditions in early January, which means wet and windy conditions for many.

“The west and north-west tend to see the heaviest and most frequent rains or showers, but areas further south and east are by no means immune.

“General temperatures are expected to be near or above average and any sleet or snowfall is likely to be limited to the northern highlands.”